Being Vegan in this Messy World 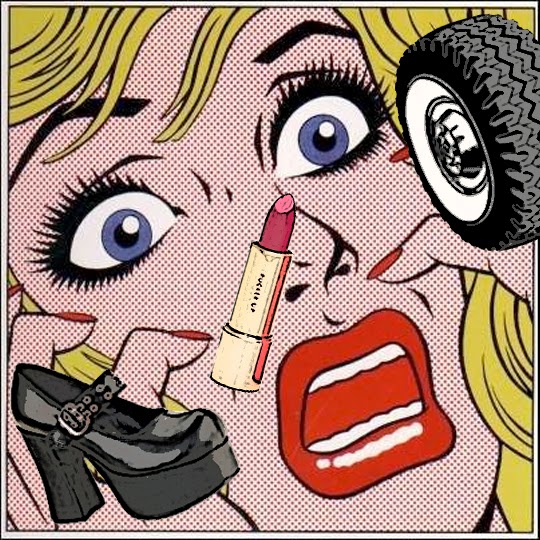 “...Perfectionism is very dangerous because if your fidelity to perfection is too high, you never do anything.” - David Foster Wallace

I’ll never forget how defeated I felt when I first learned that I could never be truly vegan. All because of a pair of shoes and a Shriner clown. I should probably back up a bit...

When I first went vegan in the mid-1990s, animal-free replacements weren’t as easy to find as they are today. That first year after I stopped purchasing animal-based items, I was in relentless pursuit of a pair of cute, leather-free shoes and, after months of fruitless catalog research and calling companies, I’d finally found the ones. (Imagine me in black-and-white footage if you will; this was how we rolled back in the quaint pre-internet days.) The shoes had a chunky three-inch heel (oh, how I love a good chunky heel), they were black (of course), they buckled (joy!), and, most important for vegan shoes, they weren’t Converse and they didn’t exude a humorless Christian missionary worker vibe (ding-ding-ding!). They were perfect. They even had a name, like the Charlottes, or maybe I named them that myself because I’m weird and they were that significant. I stared far too much at the picture I had cut out of my catalog and I think I raced home every day from work to see if the magical UPS truck had made the delivery until that amazing day when I spotted the box on our front porch. Usually this sort of anticipation leads to disappointment but these shoes did not disappoint. To the contrary, they were even better in person. They easily made the transition from casual to dressy; the first time I wore them, they felt like they were molded my specific feet. Just putting them on made me feel more confident of my core beliefs: every time another seemingly impossible challenge was checked off the list - in this case, stylish shoes made without animal skins - it seemed like a viable vegan future became closer within reach. These shoes symbolized the future of veganism to me, as silly as that sounds. That’s a lot of pressure on a simple pair of cute shoes.

About a week after they arrived, I was at a circus protest, strutting around in my still-dazzling Charlottes. It was a pretty intense day, the last performance of the run there, and clowns from the Shrine Circus - I’m not speaking pejoratively as they were actual clowns - were outside and more aggressive than usual, openly hurling invective at the activists. One particularly hostile clown in a blue wig really had it out for me and trailed me as I leafletted. Being a sucker for the absurd wherever I can find it, I saw the humor in the situation. It’s not every day you have your own personal clown in a blue wig and red nose following you around and yelling, which was actually scaring the parents and their children more than anything in the leaflets I was handing out would do. The calmer I was, the angrier he became. In other words, it was going exceptionally well. Or it was until that awful turning point.

As I went back to get more leaflets, he continued shadowing me, this time loudly engaging another clown so I could hear him. “What a hypocrite,” he spat. “Look at her wearing shoes that come from animal skins.” I turned around and told him that that wasn’t true, these weren’t leather. “Oh, but what about the glue in the shoes,” he sneered, as much as a clown can manage a sneer with a big foam nose getting in the middle of his face. “Glue comes from animals. Don’t you know that? I guess those animals don’t matter.” He had me. That had never occurred to me; I tried to smile and shrug it off but in truth, I was devastated. Even after working as hard to find them as I had, my shoes were still drenched in suffering. The luster was off my Charlottes. I was humiliated but, worse than that, I was demoralized. I went home, put my shoes back in their box like I was placing them in a coffin and cried for a good hour.

That night I questioned if it was possible, this dream, this ideal. I wondered if it was just another one of my utopian dreams. Having been called naïve since my earliest recollections, was my passionate vegan ideology just another display of my gullibility? For a perfectionist like me, I knew that if I couldn’t do this thing all the way, it would nag and tear at me until I just gave up the ghost and admitted the obvious: it was impossible. Veganism was impossible. Before this thought could really take root, though, another followed close behind and this was what both freed my spirit and allowed me to continue on this path as I have for nearly twenty years.

We live in a flawed world and I am doing my best in it.

From the wool sweaters we inherited from our late grandmothers to car tires with stearic acid, there are seemingly endless points of entry through which both blatant and covert products of animal origin can enter our lives, even those who live with borders that are carefully maintained to keep them out. In that moment when my despair turned around, I was no longer feeling defeated but relieved by acknowledging the facts: we live in a world that is profoundly rooted in animal exploitation. As the world has become more ensnared in animal agriculture specifically, more outlets have been found to find a place for every last molecule the industry can extract from an animal’s corpse, which is why the use of animal products is so pervasive to the point of being impossible to completely eradicate from our personal lives. That night, I realized that I didn’t have to choose between the present and possibility. The present could peacefully coexist with possibility as I worked toward my ideals in this imperfect world. Like those who wait and wait (and wait) for the perfect conditions to line up in order to go toward their dreams, it is this notion that things have to be just so in order to move toward our goals that is the fantasy, and it is a destructive fantasy that keeps us leaden, stuck, and hemmed in.

Ever since that day, I have messed up, I have made mistakes, I have realized that animal products have sneaked past my guard but I always try to learn and do better. Each time it happens - infrequent these days - I am reminded that there is a lot of work to do in this flawed world. The disappointment inspires me to push ahead with this very important work. Hanging my head in shame and beating myself up does nothing for the animals or creating a new, bold, integrated way of living. So today when someone tries to imply that because we can’t be perfect, we should just give up trying, this is what I say, “We don’t live in a vegan world yet. I‘m working on that. What are you doing to create a more compassionate life for yourself and others?”

We live in a flawed world with deeply entrenched, often hidden systems of violence woven through it. Vegans didn’t create this but we are actively forging creative solutions to it. I can find peace in this. I hope you can, too. And my Charlottes? I wore them until they fell apart six months later. (Damn those early vegan shoes...)
Posted by Marla at 9:10 AM