Of Babies and Bath Water: Insistence on Another's Purity is a Losing Battle 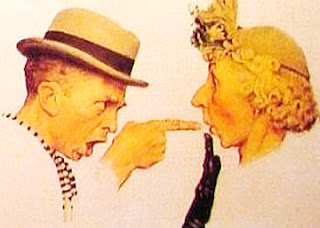 Soy will kill you DEAD. 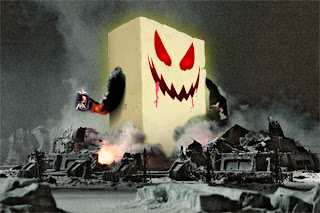 I am buried under work this week so I'm offering this guest post until I can dive back into vegan feminist agitating. In an effort to prove that I am as fair and balanced as they come, I'm offering this article submitted by someone who wished to remain anonymous from the Weston A. Price Foundation’s Office of Soybean Literacy. I hope you enjoy it and find it enlightening.
Dear Vegans,
If you don’t value your own life, please at least care about the future of others. There is a looming green menace, a bean determined to wreak havoc any place where its roots can burrow into the ground like hungry, greedy tentacles. It is dire but it’s not too late: we must do our part now to uproot this vicious plant until it becomes fully indestructible and sends our planet on a collision course with obliteration. It is truly the Bad Bean. (The following footnoted article was peer-reviewed by the board of directors of the Weston A. Price Foundation.)
To put it bluntly, soy will kill you DEAD. 1
Women, soy will turn your ovaries inside out before they shrink into themselves, drain down your legs and settle into your feet. This will eventually cripple you. This is a small matter because your muscles would have atrophied long before this due to Toxic Estrogenic-Legume Syndrome and your brain will have become porous with Tofu Spongiform Edamamepathy. Then you will die. 2
Men, exposure to soy will make you grow giant breasts sloshing with soymilk. It will make your genitalia shrink into petunia-shaped little nubs 3 as the steady drip-drip-drip of phytoestrogens into your bloodstream transforms you into a grotesque quasi-female freak-form come to life. Your breasts will keep growing until they eventually smother you and endanger your community. Then you will die. 4
Children, the soy your parents give you today will make bright pink hair sprout on your concave chests (females) and on your enormous breasts (males). At around age thirteen, boys will metamorphose into girls and girls will metamorphose into boys in a horrific live mutation. As the erstwhile girls morph into aggressive, pimply males and the former males transmute into screeching, hormone-mad girls, all ages from puberty onward are fraught with peril as you lurch into marauding delinquency. Then you will die. 5
It is now known that soy shot Abraham Lincoln and the Archduke Ferdinand. 6 Soy insurgents caused the Spanish-American War and the Nicaraguan Civil war. 7
Further, it is well established that soy caused the Great Chicago Fire, the San Francisco Earthquake, the Dust Bowl and the Irish Potato Famine. 8
Soy returns movies late. Soy parks like an idiot. Soy plays horrible music too loud. Soy drunk dials. Soy leaves the faucet running. Soy never offers to pay. Soy is a sloppy drunk. Soy does not vacate its seat for the elderly or disabled on buses. Soy laughs at inappropriate times. Soy sends texts during movies. Soy eats loudly and with its mouth open. Soy relieves itself on your front yard. 9
Soy will know just what to say. Soy will make you think that you’re the only one. Soy will charm your pants off and then soy will never call again. You will run into soy on the street or at a party some time later and it will smirk at you in a way that makes you feel like dirt. 10
It gets worse.
Soy peers into your windows at night. Soy makes you feel uncomfortable on public transit. Soy stands too close to you in the checkout lane. Soy loiters on playgrounds. Soy makes your normally confident dog whimper then run and hide in the closet. Whenever soy appears, a foreboding storm rolls in out of nowhere. Soy drives by slowly, staring at you with a menacing look that sends chills down your spine. 11
Soy is watching you. Soy is not pleased. 12
Soy was engineered in an underground secret government laboratory with DNA from Darth Vader, Voldemort and Freddy Krueger and then one terrible night, soy overpowered the researchers and the evening watchman and got loose, running into the pitch-black night. 13
So please, if not for your own sake, if not for the sake of others, if not for the sake of everything decent and natural and good, please join us in this ultimate battle against the legume of death if only for the future of the planet. Once eradicated, we can celebrate over pureed organ meats, bone broth and unpasteurized milk. 14 Until that day, we must not rest! We must fight the green menace with all of our force.