My Eight Most Encouraging Signs of Vegan Expansion in 2013 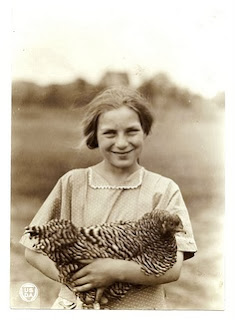 Every year, there are things to whine about and there are also signs of hope. Keeping in mind the very massive shift of consciousness we are trying to usher in and all the ingrained habits we are trying to move the world past, these may seem like pretty puny examples of positive growth. Everything has to start somewhere, though, and the outward indications of our once easily ignored social justice movement are starting to become undeniable. Here were some of the most encouraging signs to me in 2013 that we are moving to the next level of growth, influence and maturity.

Cruelty-free replacements for flesh and animal-based products are nothing new; wheat gluten and tofu were developed thousands of years ago as a plant-sourced protein for vegetarian Buddhists. What is new, though, is the interest in plant-based replacements for ecological and social justice reasons. Citing concerns about feeding a growing population and the disastrous footprint animal foods wreak on the environment, civic-minded philanthropists and food scientists are throwing their support behind Hampton Creek, a San Francisco start-up which seeks to make eggs, often produced in such unhygienic, cruel and polluting environments, obsolete. With chickens comprising the largest percentage of animals in confinement, the fact that people are beginning to recognize the need to start moving away from eggs is a huge leap forward and will potentially have a very a positive effect on everything from world hunger to environmental protection. (Please, no lectures on genetic engineering here: I have done my research on the topic and am simply talking about gains for the animals in 2013.)

The upscale vegan cheese movement has been afoot for a while, ushered in with great anticipation in 2012 by pioneering restaurateur and cookbook author Miyoko Schinner with her stereotype-shattering cookbook Artisan Vegan Cheese, allowing a maturing movement of real food lovers to create creamy, sharp, tangy and uncannily dairy-esque productions in their own kitchens. Ever since, it seems there are always some nuts soaking on vegan kitchen counters: people has been soaking cashews, macadamia nuts, etc. and more, delving into vegan cheese gastronomy to great effect, using natural ingredients, real cultures and ingenuity. Also, there is at least one more vegan cheese cookbook, the Non-Dairy Formulary (which I have heard excellent reviews for but haven't purchased yet) as well as a growing market of different varieties of artisan-crafted dairy-free cheeses in stores that will impress the most discriminating palates, such as Ste. Martaen, Kite Hill, Dr. Cow, Treeline Cheese, Door 86 Vegan Cheese, Punk Rawk Labs and more. Remember when there was one vegan cheese on the market and it was basically Play-Doh wrapped in plastic? Well, I do.

While the growth of animal-free items in both conventional and high-end grocery stores is exciting and we see more of it every year, this has been a rising growth sector for a while. What I noticed more this year was the viability and ascent of exclusively vegan grocery stores. From the Veganz chain in Europe (opening their first location in London in 2014 after several in Germany), to markets like Food Fight! in Portland, and the recently opened Everything Vegan in Adelaide, South Australia, Nooch Vegan Market in Denver and Viva La Vegan in Rancho Cucamonga, CA, we are seeing an increased demand for purchasing from businesses that research, curate and sell goods with integrity. How soon before there is a cruelty-free market in every city? I don’t know but it can’t come soon enough.

2013 was the year when two powerful documentaries were able to grab the public’s attention, bringing audiences to think about our relationship to animals in a more expansive, challenging and compassionate way. Blackfish, the documentary that follows the tragic life of Tilikum, an orca captured in 1983 at the age of two in the wild near Iceland and kept in captivity as a performing and breeding killer whale ever since, having resided at SeaWorld Orlando since 1992. While Tilikum is the focus of the film, Blackfish also delves into the lives of other captive orcas, and how their complex emotional, cognitive and social needs are deeply frustrated by captivity, resulting in not only their profound suffering but the endangerment of those in close contact with them. (Three individuals have been killed by Tilikum alone, something SeaWorld and their lawyers were shameless in their haste to assign blame elsewhere.) Blackfish garnered a lot of critical acclaim and even aired on CNN; it is shortlisted as a best feature documentary for the Oscars. The other film, The Ghosts in Our Machine, presents more challenging material, material where the director and protagonist have pulled back the curtains so audiences can see that humans have declared an unprovoked war on animals: from animals imprisoned by the fur trade to animals in agriculture, the cruelty is weaved so invisibly into our society that we carry on without a second thought about the lives we have violently stolen. As I said, this is a much more challenging subject for mainstream audiences so it hasn’t gotten the distribution of Blackfish but it has garnered some excellent reviews and it is still on its ascent. Both films made 2013 a year when mainstream audiences were challenged to think about their privileges. (Check out our review of Ghosts and interview with director Liz Marshall.

The Response to Ag-Gag Bills

The wildly overreaching, deeply flawed anti-whistleblower Ag-Gag laws, which seek to criminalize the exposing of animal cruelty, poor working conditions and more in agribusiness, have not passed in any of the eleven states where they were introduced in 2013. Also in overreaching, the Ag-Gag proponents have inadvertently helped to foster support between various alliances beyond animal advocacy, forging coalitions with free speech and anti-fracking activists, for example, mobilizing our growing movement and exposing the very cruelties they had sought to conceal. What started out as a tyrannical threat to free speech and justice has emerged as something that can be a net gain for the animals if we stay active and a crushing embarrassment to the interests that benefit from animal exploitation. Please check out Green is the New Red for developments in this fascinating sphere.

More Varied Insights Into the Long Shadow of Animal Agriculture

We have been exploring the myriad ways that food production, specifically animal agriculture, inflicts horrific cruelties upon the sentient beings trapped in the system at least since Ruth Harrison’s Animal Machines was published in 1964 but this year brought some fresh, penetrating insights regarding other spheres in which we feel the repercussions of the industry as well as exposing how it is propped up. Specifically, Meatonomics: How the Rigged Economics of Meat and Dairy Make You Consume Too Much by David Robinson Simon and Food Choice and Sustainability: Why Buying Local, Eating Less Meat, and Taking Baby Steps Won’t Work by Dr. Richard Oppenlander come to mind as serious, important books that could potentially bring science-minded people, often skeptical of veganism and anything that smacks of emotional“bunny-hugging,” into the fold. Apparently former Vice President and environmental champion Al Gore apparently stopped eating animals and animal products in 2013...could he have finally run out of excuses? Anyone who studies animal agriculture realizes that these books, important as they are, are just the beginning. We need to keep shining a light at the dark, often hidden but massive consequences of this industry and we have barely begun.

Rally for Animals Around the World

Nothing prepared me for the images coming out of Israel after their August march for the animals in Tel Aviv. Thousands of people took to the streets in peaceful protest in solidarity with the oppressed and to raise their voices against cruelty to animals. After the march in Tel Aviv, animal advocates in more than 40 cities and 17 counties also rallied on behalf of the animals. Will anything come of it? It’s impossible to say but we have to start somewhere.

Well, this is important to me, anyway. My husband and I revived Vegan Street, the website we started way back in 1998 and had been dormant for more than ten years. We have reemerged to an exciting new vegan world, one we scarcely could have imagined back in the day. There is so much to say about Vegan Street and our goals but I am very sleepy, but I will say that we have huge plans. Please join us at Vegan Street (you can sign up there to get our newsletter and a free copy of my e-Book) and our Facebook page, where we share a new, original meme aimed at expanding vegan awareness every weekday. Seriously...it’s very exciting.

What were your signs of hope for the animals in 2013?