Living with Trauma in an Age of Trump... 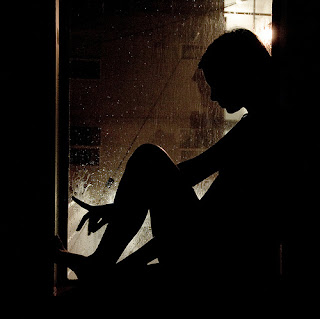 Staring at this blank page, I keep trying to collect my thoughts, summon up hope and develop a game plan for dealing with the fallout of Tuesday’s historic election because that is usually how I approach setbacks once I have some distance but this time is different. I find my brain is of no help to me right now. In fact, it is actively working against me. It is on strike, huddled under a pile of blankets, glassy-eyed and mumbling to itself.

Sitting here, my mind of little use to me, I am reminded of a quote from Joan Didion’s famous essay from the New York Times, “Why I Write.” “Had I been blessed with even limited access to my own mind there would have been no reason to write. I write entirely to find out what I’m thinking, what I’m looking at, what I see and what it means.” Now, I like to think that I have some access to my own mind (and I’m guessing that Ms. Didion was being self-deprecating herself) but much of why I write is also fueled by curiosity: What do I think about this? What do I feel about it? Why do I think that? Why does it make me feel this way? What is the story that I am hooked on and is it objectively true? Is it fair? Much of my writing, whether it is satire, advocacy, journalism or personal narrative, originates in this humble and often frightening place: What are my thoughts?

What are my thoughts?

What are my thoughts?

This simple little sentence, barely more than a fragment, basically sums up what the cloud over my head, maybe inside it, has been showering down ad nauseum since Tuesday night. What are my thoughts? I don’t know. But I can let you know about little glimpses of self-awareness that I’ve found while poking through the dusty internal rubble.

First, I can tell you that I feel like I’m breathless. I feel like I had been holding my breath until after the election. I had been eager for many things but from a selfish standpoint, I was looking forward to the human trigger of many visceral memories I have of tyrannical patriarchs and abusers to soon vanish from my worldview once again. On Wednesday morning, that horrible, nightmarish day, I learned that not only was he not disappearing, he was here to stay. Coming up for air because I had to, it wasn't the breath that I was expecting. The giant, gratifying inhalation and exhalation I’d been so looking forward to has been replaced by a shocking further compression of my lungs. One gets used to those shallow breaths, though, when they are all we have.

Second, I’ve been walking around feeling nauseated with a lurching, disassociated feeling of dread and vague disgust in my gut, just hanging there like smoke that won’t dissipate. Now I, like millions of other women, can expect to see someone who is the human representation of every male who has grabbed her without consent, who has insulted her, who has sexually abused her, who has threatened her, who has disrespected her and who has just carried on with his life. We can expect to see and hear him in our daily life so we are constantly bracing ourselves for the next mental assault. Now this smug, overgrown schoolyard bully, this entitled, racist creep, this tantrum-prone and vengeful child of privilege who is so utterly despicable that the white supremacist movement is rejoicing over is President of the United States

This predator. This bully. This creep. This smug, sneering abuser who, if U.S. history is any guide, gets away with it again and again.

Holy fuck. You may have noticed that I don’t really swear here. I am not opposed to it; I just don’t do it much. Sometimes, though, we are at that stage. I don’t can’t think of a more fitting holy fuck time in recent memory.

You know what makes it even worse? People on all sides of the political spectrum trivializing and smirking at those of us who are having a really hard time with the prospect of a President Trump, now no longer a prospect but a reality, and dismissing us as emotional, irrational sore losers. There is a world of us right now with old wounds that have been ripped and are bleeding anew. We are triggered. We are in shock. We are re-traumatized. We are trying to figure out if the Post-Traumatic Stress Disorder symptoms will mitigate or worsen with time and more exposure. It’s up in the air. I would ask for people to please understand that trauma manifests in ways that are not always easy to understand but maybe you can try to stop trying to score tactical arguing points long enough to be a decent ally.

This is just the personal, too. This is not even getting into what the regressive, backwards administration is going to look like for marginalized people, immigrants, people with fewer advantages, people with brown skin, females, the environment, the animals, the world.

So, yeah, we are hurt and we are scared. We are traumatized again and we are anticipating at least four years of it. We have already survived at least one trauma, though, and we will do it again. Maybe we’ll even turn it into something positive. But don’t you dare tell me and the other people who are disgusted, heartsick and lurching with the prospect of living with a daily reminder of trauma that we are being melodramatic and emotional. We are experiencing trauma and we are trying our hardest to get through this. Please accept that you might not know what that feels like. We may be battle-scarred but the thing about a scar is it is a sign of healing and recovery, of survival. We’ll get through it. We may be wobbly, hurt and reeling right now but you know the thing about people who have some scars?

We are the strongest people.