Ten Types of People Who Will Try to Undermine Your Veganism: An Identification Key 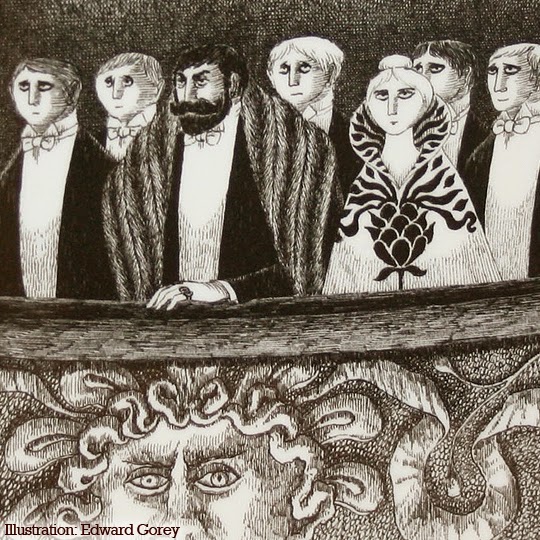 “Have you heard that soy causes man-boobs?”
I think so, actually, about fifty million times from your fellow Weston A. Price Wackadoos.
“But I’m worried about your son. He’s vegan, too, right? Choosing to be vegan yourself is one thing but...”
Ah, I see. Now you are a Concerned Party.
“I mean, you can do what you want. I just know that God said we have dominion over animals. Oh, speaking of, what about abortion? I mean, if you’re so concerned about life...”
Wow, two for the price of one. Here you are both God’s Special Pet and the Distractor.
"What you do is up to you. I’m just saying that if you vegans were less self-righteous about everything, you’d probably get further. Did you see that link I sent you about low B-12 levels corresponding to personality disorders? I found it in Mercola’s newsletter. If you didn’t read it, you can’t be serious about this conversation."
And so the Keyboard Warrior makes an appearance. Can I be done now?

Anyone who has been vegan for about two weeks or longer has probably met each of the individuals I will sketch out below, people determined to dismiss, undercut or actively undermine the veganism of others. This is not an exhaustive list by any stretch, just some of the most prominent types; also, please keep in mind that there are tremendous areas of overlap (someone can be both a Concerned Party and God’s Special Pet, for example, and people will often jump ship from one to another to the next in one single interaction, trying to find whatever seems to work best). There are also areas where the characteristics of one can be shared by another, such as the Special Snowflakes, the Yeah-Butters and the Former Vegans all possessing a strangely common condition of having absolutely unique obstacles that stood between them and veganism. As annoying as it is, knowledge is power.

The Concerned Parties
“We are a little worried...”

Their eyebrows are frequently furrowed or raised around you. Their index fingers are extra muscular from all the articles they send you. They will send you articles about orthorexia. They will send you articles about a sick baby with insane parents who may or may not have been vegan. They will send you articles of deeply questionable scientific rigor from poorly designed blogs. If you so much as sniffle around this individual, the floodgates of Deep Concern will come crashing down. After all, they heard a doctor-like individual talking disparagingly about veganism on morning television or they saw something ominous somewhere about soy or their third cousin twice removed was vegan and she had gallstones or kidney stones or stones of some sort so that is concerning. They may not really know much of what they are talking about but that doesn’t stop them from saying it.

How to deal: Stay calm and stick to the facts.

The Weston A. Price Foundation Wackadoos. a.k.a., The Naturals, a.k.a., Paleos
“Mmm...that roadkill looks mighty tasty.”

These folks can be tricky to identify at first because they may look like and even sound like independent, crunchy types and they tend to congregate around environments (virtual and actual) that appeal to “alternative minded” people so when they start frothing at the mouth about soy or insisting that babies not fed puréed liver will fail to thrive, it can be a bit discombobulating at first. They will quote Sally Fallon and hold up Nourishing Traditions as their bible, they will send you articles from Dr. Mercola and share links from Natural News as if they were legitimate. Like the Concerned Parties, they will diagnose every bump and hiccup as proof positive that you are clearly on a downward spiral if not actively circling the drain. Then they will try to try to get you to eat more sulfate-free bacon, they will send you grainy, two-hour-plus YouTube lectures they expect for you to watch, they will send you a link about the dietary need for bovine colostrum. They are only trying to help!

How to deal: Ask for peer-reviewed sources. Ask if their sources have any basis in, you know, fact or scientific rigor.

The Keyboard Warriors
“Did you even read our link???”

They are on message boards. They are on comment threads. They are attached to social media like bird poop. They have an arsenal of links, personal anecdotes and insults they will lob at you like hand grenades from behind the safe cover of their computer screens. They hate vegans because we’re self-righteous. They have never met a single vegan who was at a healthy weight. They assert that all vegans have grey skin. They had a roommate who was a vegan once and she was bat-shit crazy and she broke her lease. Did we see that Austrian study about how vegetarians are unhealthy? Here -- they will share it with us. What about the lions in the jungles that eat gazelles, hmm, what about them??? Did we see that article that proves homo sapiens cannot be successful herbivores because of an enzyme that was mentioned on an obscure blog from 2006? Did we even read the link???

How to deal: Not wanting to be pinned down, if one approach doesn’t work, they will jump tracks. Learn to ignore these people.

The Yeah-Butters
“Yeah, but we really have some solid rationales for continuing to eat animals.”

How to deal: there is nothing that churns up the yeah-butters quite like continuing to poke holes in their excuses. You have to be persistent but eventually it will come down to “Yeah, but I like it,” and then they will have to face the fact that everything else they hold up is just a shallow excuse.

And on the seventh day, God created overflowing manure pits, reckless water waste, oceanic dead zones and climate change so that His Special Pets could keep enjoying their mmm...bacon, omelets and grease-stained buckets of fried animal parts. This is apparently not the benevolent, compassionate and loving God but the God who woke up in a pissy, vengeful and sadistic mood -- who else would create animals who can and do feel pain just to allow them to be cranked out into cheeseburgers, chicken nuggets and Oreo Blizzards? This was part of His divine plan, though, apparently, so that His ordained ones can maintain their privileged place in the natural order and  in drive-thrus. Nothing but the most ostentatious presentation of suffering and violence for His very favorites! God’s Special Pets will cite biblical passages and books, chapters and verses that support their position of status as His favorite ones.

How to deal: Ask if God isn’t supposed to be merciful. Ask why a merciful God would create sentient beings and allow them to suffer so tremendously. Ask if He would want His Special Pets to destroy the planet He created so wantonly.

The Distractors
“Oh, wait! What’s that over there?”

Even if they have never once given voice to any particular concern for the homeless, The Distractors suddenly want to know how you can justify being vegan when it is so eclipsed by the existence of homeless people. And abortion. And every other issue that has ever existed and will ever exist, including but not limited to: starving children, war, jihadists and chemtrails. The Distractors are similar to Concerned Parties but instead of wringing their hands over you personally, they are the determined shapeshifters of planetary concern, eager and ready to divert any potential attention toward the treatment of animals to any other subject that they deem deserves it better. Not that they are necessarily concerned about it enough to do anything themselves, but, you know...

Sample retort: “By living as a vegan, I am addressing matters of compassion, environmental concern and human health, to name a few. What are you doing? Further, is caring a finite resource? Why does my work on behalf of one mean that I wouldn’t have anything to give to another?”

The Special Snowflakes
“We are very remarkable.”

Sample retort: “Ah, you’re very special, aren’t you? Special enough to share the same practices with pretty much everyone else. Neat!”

The Would-Be Sensualists
“Meat is sexy and primal just like me.”

They connect their love of flesh foods to libertine pleasures and sexual prowess and the rejection of those things to stuffiness and austerity. They idolize stunt-eater Anthony Bourdain. Their imagined hot, sizzling libido can only be satisfied by a hot, sizzling hunk of flesh. Poor vegans, though. They like to imagine that we are the withering prudes worried about the sodium content of wilted celery and ruining their non-stop bacchanalia.

Sample retort: “If your sexuality is connected to enjoying limp corpses, I’m not sure that’s saying too much that’s positive about you.”

The Humane-iacs
“It’s that thing the other people do that is wrong.”

They personally know every cow, pig and chicken they have ever eaten, at least since they memorized The Omnivores Dilemma by heart. Since they knew these animals personally, they know that they lived on grassy meadows, they dined on organic grasses, sun-warmed chestnuts and free-range grubs, that they were gently massaged and serenaded by a wandering string quartet each evening before they slumbered on the softest of hay under starry skies. This is the natural way, after all. Humane-iacs are default members of a different kind of Special Snowflake club, too, because “their” meat, dairy and eggs are soooo unique. It doesn’t matter if it’s unaffordable and not available to most: what matters is that there is a glowing green halo of exclusive, impenetrable goodness around their consumption habits.

How to deal: Ask if they maintain this all the time. Ask if when they dine out and “humane” animal products isn’t available, if they eat vegan. Ask how this is a workable model for the whole planet when we have such limited space.

The Ex-Vegans
“They really tried but...”

They tried to be vegan. They really, really tried. But their skin turned green and they went into shock and they developed Type 2 orthorexia and a dog peed on their leg and they stopped breathing and their hair fell out and they had to take out a second mortgage. Or they just didn’t feel right. Or they had to “listen to their bodies.” Whatever it was, how dare you imply that they and their choices are anything less than perfect as is? Who are you to deny them 100% acceptance of their self-reporting? Many Ex-Vegan are also Special Snowflakes. Who would have guessed?

Sample retort: “Yeah, I used to eat animals, too, but I just didn’t feel right. I’m an ex-omnivore. It was just too hard. My conscience was killing me.”

Bear in mind that veganism is threatening to a lot of people because it makes them feel judged, unkind or uncomfortable even if you haven't said a word. We are the elephants in the room who can't help but draw attention to things people would rather ignore and as such, we come with a lot of baggage - our own and that of the people we meet - just by existing. Because of this, there are many people who will try to undercut your veganism, some innocently and some intentionally. Try not to take it so personally but do identify when it's happening.