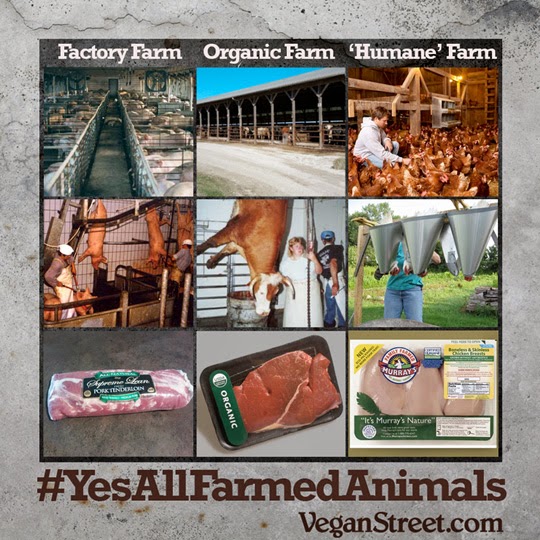 For the past few weeks, awareness about the mind-numbing pervasiveness of harassment, misogyny and violence females face has been heightened in the wake of the horrific May 23 murders in Santa Barbara committed by Elliot Rodger, a young man who blamed his actions on what he considered years of unjust rejection by women. Angry at the women he thought were his birthright, envious of the men he believed unfairly received sexual gratification, he went on a terrifying, bloody spree that quickly claimed six lives in addition to his own.

In the aftermath of the violence, some very important, very painful personal stories have emerged from the shadows and come to the forefront. The meteoric rise of the hashtag #YesAllWomen on social media came in response to the #NotAllMen hashtag, which was revived after the murders, apparently by some of the same men’s rights proponents with whom Rodger was ideologically aligned. Like most defensive reactions, the NotAllMen response, intentionally or unintentionally, nearly derailed the opportunity for honest communication, almost diverting it away from the vast diversity of women who were talking about the chillingly ordinary belittlement, misogyny and violence they have experienced simply for being female. Not all men are rapists, not all men are violent, not all men are murderers. Of course. Yet all girls and all women have experienced incidents of injustice, discrimination, harassment, threats and violence simply because they are female. Shouldn’t women be allowed to bear witness to their own experiences without needing to tend to someone else’s thin skin by specifying the obvious: not all men? YesAllWomen is a bracing and vital declaration about the sheer ubiquity of sexism, both mundane and extreme, that females across the globe face. It is so pervasive, it is just life. By removing the veil of ignorance and blinders, we have an opportunity to learn, change and evolve beyond our limited worldview.

What I am about to say is not intended to detract from or minimize the #YesAllWomen movement, which I fully support and think is both very valid and long overdue. As a vegan and a feminist, my intention is to describe how the same icy, indifferent and belittling voice of privileged power is also woven through the heightened defensiveness we hear when the subjugation of other animals, especially the animals people eat, is pointed out.

Like everyday misogyny but far more entrenched and extreme, our tyranny over other animals most often hides in plain sight. When speaking about the culture of violence perpetrated against other animals, we often hear a defensive chorus of the same rhetorical nature: Not all animals. Not all meat-eaters. Not all farmers. Not all farms. Yet all animals are considered property, and all farmed animals are exploited and slaughtered because we believe that we have more of a right to their products and their flesh than they have a right to their own lives. On the continuum of care, a tiny percentage of animals are allowed the semblance of a decent life, but this is far outweighed by the sheer number who are not and, ultimately, they are all considered ours to do what we please with in the end. We make the decisions if they should reproduce or not, if they should live and when they should die. From the tiny fraction of animals that slick marketing campaigns would have us believe are coddled on idyllic farms until they happen to naturally die of old age to the billions upon billions who suffer through lives of unimaginable brutality, all farmed animals are brought into existence and taken from it based on our desires.

In other words, #YesAllFarmedAnimals. As with the #YesAllWomen response to a culture of pervasive misogyny, if we stop protecting our fragile egos, we will see what is hidden in plain sight: an unjust, unchallenged and often unspoken supremacy bias of anthropocentrism that impairs our awareness regarding all other species. Specifically regarding the animals people eat, please consider that while there are rare exceptions in terms of overall quality of life:

* All are treated as property whether we see it directly or not.

* All are born and killed for our purposes whether we see it directly or not.

* Simply because we have the prerogative of not seeing or noticing, it does not mean that violence has not occurred, even under our very noses.

* The attitude of human exceptionalism pervades and threatens to derail honest dialogue and growth.

Can we be honest enough to acknowledge this? Can we be humble enough to admit that at this time in history, when it is easier than ever to live without exploiting and killing other sentient beings, that it is immoral to kill them?

The #NotAllMen reaction serves as a reminder that there is not much that upsets people in a position of status more than not having everything centered around and catered to them and their desires. In the reaction to what is plainly obvious about the practice of eating other animals, we see a similar defensiveness, born of the same kind of entitlement and privilege, even more starkly.

Trying to redirect candid discourse about the experience of misogyny is dismissive, reactive, reductive and self-centered. Steering honest conversations about our treatment of animals back to one’s own hurt pride or ego is similarly dismissive, reactive, reductive and self-centered. They are harmed and killed for us and it is needless.

Yes, all farmed animals.
Posted by Marla at 8:51 AM