No More Sacrificial Lambs: Passover, Veganism, and the Search for a Spiritual Home 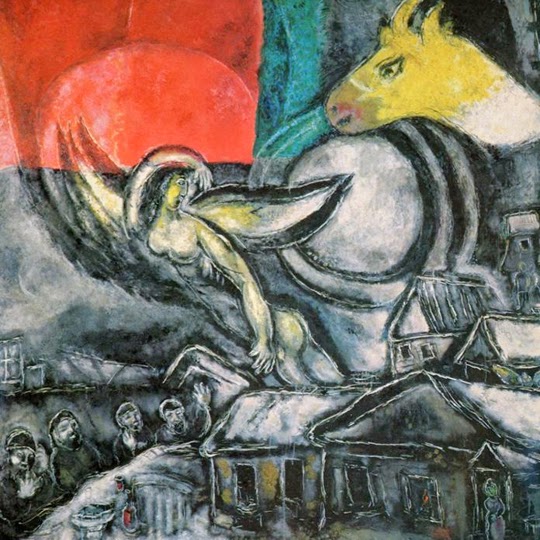 “Not all those who wander are lost.” J.R.R. Tolkien

I was not raised in a religious home; we were “High Holiday” Jews, meaning we’d go to synagogue and celebrate the major holidays with our extended family but that was about as far as our observance went. (Also, there was no pork in the house, but, curiously, bacon was allowed -- don’t ask me, I didn’t do the shopping.) Even as someone who was not religious, Passover had a special place in my heart; it best captured the unique perspective that is just so distinctly and beautifully expressed in Jewish culture. Reading the Haggadah at our Passover Seder with a growling stomach, at least once a year, I felt less alone. At its core, Passover is about enduring hardship and injustice, and powering through to our liberation. It is the bitter and the sweet together that create a life. As someone doesn’t know what she believes but would probably best be described as Agnostic, it is inside the bittersweet kernel of feeling like an outsider that is so essentially Jewish to me. Not sitting in a synagogue but an inner-quality that is ephemeral and very difficult to describe other than being an outsider, embracing that role but also understanding the push-and-pull of it to be both a gift and a source of sadness. To me, that is the essence of being Jewish.

From my earliest memories, I have always felt like I didn’t quite belong anywhere and that the story of Passover described the experience of being castaway well. As the story goes, when the pharaoh refused to release the Jews from servitude, the Hebrew God unleashed ten devastating plagues upon the Egyptians, culminating in the killing of every firstborn son. Jewish households in Egypt marked the door frames of their households so the avenging angel responsible for the killing would “pass over” their threshold and the family would be spared the bloodshed. The homes marked for passing over were designated with the blood of a sacrificial lamb.

In the symbolism of the blood on the door frames, there is an innocent victim we don’t hear from at all, eternally silenced. In the killing of this lamb, sacrificed to human ends without consent, is a core reason why I cannot have a home in a religion that does not practice what I was raised to understand are the deepest values of the faith: compassion, justice, questioning the status quo and speaking out for the exploited despite any pressure to be silent. Today, the sacrificial lamb is largely symbolic, but so are the shank bone and the egg on the Passover Seder plate, yet they remain as both symbolic and real representations of our violence. It speaks plainly of our conceit that we believe that there is nothing immoral about the animals of the earth being born and killed for our purposes.

Being without a spiritual home at Passover each year, I feel something of a kinship with other castaways. The animals we eat, though most are far from roaming loose, are society’s ultimate castaways, facing something far worse than the lack of a spiritual home. Reading the Haggadah, reading of the abuse, persecution and liberation of the Israelites, it’s no wonder that I would grow up to feel very empathetic for the animals kept in servitude. This seems to be an obvious parallel to the Jewish experience but one that our human arrogance doesn’t like us to venture toward. It does make me wonder, though, why so many Jews, who should have an acute sensitivity to the cruelty of tyranny knowing our own history, would maintain this rather large blind spot about our participation in harming others and how it is especially not awakened during a holiday that encourages soul-searching.

It’s bittersweet - again, that word - this fissure between myself and the faith of my ancestors. It’s sad, yes, but if the alternative is accepting the unacceptable, of pretending to be okay with flagrant disparity, I am grateful to have this as an option. I am a wandering Jew and may well remain one for the rest of my life. I am in the company of so many others, though - those who are of faith, those who aren’t sure and those who are not - searching for that place that we can call home. We may never find our home in a society that tells us valuing some over others is perfectly acceptable. We need to be okay with this.

None deserve to be passed over, all deserve compassion, and knowing this may really be enough of a spiritual home for me.
Posted by Marla at 8:19 AM