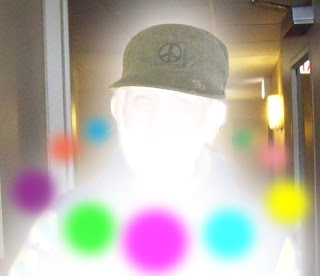 Thursday night, I was blessed to be among a small gathering who sat with a dear friend as he transitioned from this life. In the final weeks of his life, our friend was in the hospital and all along the walls of his room, there were drawings from the children who knew him their whole lives, cards from friends, hand-written letters. We ran out of wall space to hang everything. Friends called him and visited the whole time he was there, bringing miso soup, hemp milk, avocados, well-wishes from others far away. Some of us were part of his circle from being vegan, others from the Catholic Worker house, the Quaker meetings, and then there were also the anti-nuke people, the peace activists, the sustainability crowd, and the friends he had simply known forever. Meeting someone new while visiting our mutual friend was an incredibly rich experience: everyone was so impressive and interesting. He was an exquisite collector and curator of friends. The whole time he was at the hospital and until the day he passed away, the nurses asked, “Who is this man? Why does he have so many people visiting?” We shrugged: “He’s famous.” He was. Is. He passed as he lived, surrounded by the friends he’d made along the way, treasures he’d discovered on his path through life.

Perhaps because he wasn’t close to most of his family, he put a lot of effort into cultivating his friendships and community. Some people are fortunate enough to be born into big, close-knit and loving families, but many of us are not. Ever since I was little, I have always looked with envy at my friends from those warm family backgrounds and I idealized what it must be like to be part of such a thing. My childhood was filled with daydreaming about being part of the family on Eight is Enough, playing the tambourine with the Partridge Family, sharing my bedroom with the Brady sisters. Even Walton’s Mountain with John-Boy and and his crowded farmhouse spurred feelings of heartfelt longing within me: if I had a big family to call out goodnight to through our bedroom walls, if I had a messy, chaotic house, maybe I wouldn’t feel so alone. I could lose my loneliness in the messiness and chaos, and I’d always have people who loved me because they had to love me.

The truth that I learned as an adult is that whether you grow up as an only child with few cousins, a small family or one with a boatload of relatives, it really doesn’t matter in terms of whether you feel fulfilled and complete or terribly alone and isolated. Intimacy, connection, acceptance and unconditional love, the things we need for a sense of  security, can happen with or without a close family. Loneliness is a condition of the soul, not something worsened or alleviated by having people around you.

When I went away to college at 18, I left home feeling pretty alienated and alone in the world. In college,  though, it wasn’t long before I discovered that I could create my own family out of friends. We shared apartment keys, learned how to cook together, had sleepover parties, sipped mimosas at brunch, hungover. My friends were like family but in some ways, it was better than that: we weren’t together because we felt obligated or born into a relationship. We were together because we liked each other, because we cracked each other up, because we helped each other through difficult breakups, because we got one another. We chose each other. We were family without the often painful baggage. Instead of the Partridge family, we were more like the Monkees. Who wouldn’t want that?

True community is a hugely important need but something that I think is often neglected. Feeling a sense of belonging, of kinship with others who understand and accept us, of knowing that we have shared values and passions, means that we can relax in each other’s company. We’re not expected to play mind games or dance around certain subjects. We can leave behind the constricting roles we are often expected to play with family and we can discover who were are, something that is not always possible with our immediate relatives and their expectations of us.

When someone decides to go vegan, it is often at the risk of becoming estranged from family and this can actually be terrifying to some people. Breaking away from family in order to live the lives we feel most aligned with takes real courage and conviction. Ultimately, we all need to feel intimate connections, though, or we will lose our spark. We must make it a priority to nurture this. My friend in the hospital made many decisions that distanced him from his family of origin but he also went out into the world and built a new family, one that was more accepting and supportive of him than his original one, and one that was more allowing of him to be the sort of person he aspired to be. Imagine if he had been limited to just his family of origin as his only community: he would have never been allowed to shine.

Our friend was surrounded by people who loved him as he was, and with their support, he was able to go out and create more positive change in the world on his own terms. At the end, he carved out the life he designed by himself, and when he died, he was surrounded by his chosen family. This is not to say that his life was without challenges but it was the one that he chose. By nurturing a community for ourselves, we are given both wings and a soft place to land.

Are you doing what you need to cultivate a community for yourself? Can you make this more of a priority in your life? Do what you can to make it happen and you will reap countless rewards in your life.
Posted by Marla at 8:37 AM