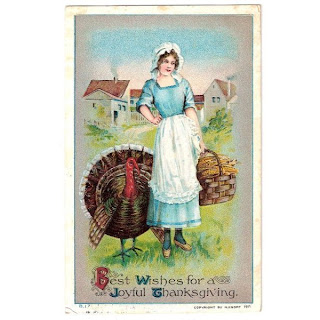 “All beings tremble before violence. All fear death. All love life. See yourself in others. Then whom can you hurt? What harm can you do?” Buddha

Sometimes it just feels like being there can knock my legs out from under me.

Whenever I go to an animal sanctuary, I become acutely aware of my personal failings. It seems like an incongruous thing, feeling so peaceful with the rescued animals and pastoral setting but not being able to ignore the personal flaws that have come into high relief. This awareness doesn’t prevent me from enjoying myself, just sort of buzzes underneath the surface, a mosquito of little consequence but still an irritant.

I don’t usually think of myself as an especially resentful person, but the animals and their willingness to trust people after all we have done to them are a reminder that I still have a lot of work to do. Whenever I go to an animal sanctuary, I am reminded that forgiveness is a deeply challenging practice for me, as though if I have resentment against those who have hurt me in the past, it will transcend the time-space continuum and stick to them like a barnacle. The animals don’t hold on to anything and they have seen and survived far worse than I.  I remember this also from when I worked at an animal shelter: dogs who had been starved to near-skeletal conditions, cats who had been used as bait in pitbull fights, beings that had known little to no human kindness, still ran up to the cage door, eager to greet us. I will never forget the cat I met at the shelter, very disfigured from having been set on fire, rubbing his raw skin against the cage bars, purring at the sight of me, a stranger. A human. We can be terrible co-inhabitants on this home we share but they don’t seem to resent us.

Last June, as I do every summer, I spent the day with my family and friends at SASHA Farm, a Michigan refuge for animals primarily from the agriculture industry, where the residents rush to the fences to greet us. Yes, we had strawberries and apples and carrots, but even when we had run out, they stretched out toward us, seeking a hand, a friendly face. They looked at us without guile. The cows, with their wet, innocent eyes, always impress me with their gentleness. The goats, lively and rambunctious, climb over one another to grab carrots, they bleat with confidence and conviction. The tom turkeys strut with their feathers spread out like intricate fans, almost begging to be admired; the chickens look at us with unabashed, courageous curiosity, especially counter to their public reputation. It’s as if the animals know that they are safe now, these beings who almost all suffered horrific abuse, who were forcibly removed from their mothers and siblings as newborns. It’s more than that, though: it’s as if the horrors they lived through never happened.

You can still see it on them, though, like marker transparencies lain over their three-dimensional forms. Hens with bumpy, pink patches of skin where feathers should be, that’s one indication. A goat with a circle cut through his ear like he’d been through a hole-puncher. He had. The cow with little white nubs where her horns were once, lasting evidence of the systematic, everyday brutality she endured. Pigs inflated to such an enormous size to satisfy the demand for their flesh that they could barely move.

The routine deformities we can see in the survivors of animal agriculture is often the most obvious display of the cruelty they endure in the process of being turned from a living animal into a product to be consumed and forgotten. In the ultimate objectification, the animals are turned into mere vehicles for their own consumable flesh and what their bodies produce, the things we say we “can’t live without.” Engineered for their flesh, so-called broiler hens are conceived with a quick expiration date: our tour guide at SASHA explained that these birds don’t live past the age of one. They die of congestive heart failure before that, victims of our preference for their plump breasts, our meat. On this day, though, and on all the days since they found sanctuary at SASHA, the chickens scratched at the dirt, felt the sun on their wings, they lived as natural, fully realized beings. The expiration date ticks but they enjoy life. We ravaged their bodies but their spirits, if given half a chance, are unsinkable.

There is so much that we take for granted and the power we humans wield – not necessarily in strength but in the privileges we aim to protect - overwhelms me when I think about it. We can ruin someone else’s perfectly nice day simply because we feel like it, or we can ruin another’s life because we don’t want to question the liberties we'd prefer to keep enjoying.  Sometimes it doesn’t take much to make me angry: A spilled glass of water, a misplaced set of keys, a train that I missed by five seconds. The anger I can feel over these trivial hardships frightens me. Once in a while, too, I lose my temper with my son. Imagine how that lopsided power structure feels to someone half your size to experience: a raised voice, a mean look, even a clenched hand from someone who could inflict real damage. My potential to harm my child, the one I most want to protect in the world, the soul who most fills me with joy, is a terrifying thing to own and I live my life with the knowledge of it. I have never hit my son and I never expect to intentionally harm him. We exist with an inherent power imbalance that dramatically skews in our favor, though, as adult humans. We cannot do whatever we want to simply because we have the privileges, preferences and opportunities: we should have learned as young children that this is not a moral way to operate.

All beings want to live without imprisonment and cruelty: if we are honest, we will admit that humans are not unique in this regard. We will also admit that all beings want the same for their babies. As consuming others as products is both unnecessary and necessitates violence, then it is an indulgence and there is a moral imperative to withdraw our support from it.

All beings tremble before violence.
Of course we do.

All fear death.
This only makes sense.

All love life.
All beings crave the things that make us feel good: warm sun, affection, the pure, visceral joy that shoots through us on that first beautiful spring day. To deny this is arrogance.

See yourself in others.
If you do, it will be hard to maintain your privileges.

Then whom can you hurt?