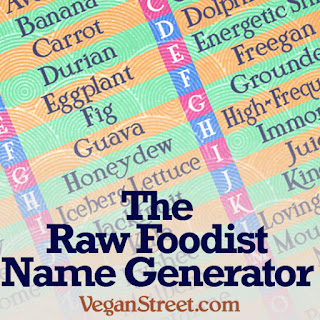 The other say, I casually remarked on Facebook that it has been a generally been a good tactic of mine to not accept Facebook friend requests from people with overtly raw foodist names. As someone who once dated a guy named Cinnamon and drove in a VW to the Rainbow Gathering with a librarian named Owl, I am not that much of a stick-in-the-mud and can indulge the occasional hippie-inspired name modifications but in my experience, when you go from regular person to Online Personality and alter your name to a kind of food, you've crossed a line into someone who is now officially annoying. You've transitioned from raw foods enthusiast to aspiring Internet sensation when you adopt a fruit or vegetable as your brand signature. In my experience, those who go the whole nine yards into name changes are the folks who will harangue random strangers about the acidity of their food, devour entire orchards for breakfast and freak out as much about nightshades as they would a Big Mac. Don't anyone dare lecture me in the comments about the benefits of raw foods because I love me a salad and a juice as much as the next person and I know how nutritious they are. That's not what this is about. This is about having a little fun. Now, what is your raw foodist name? 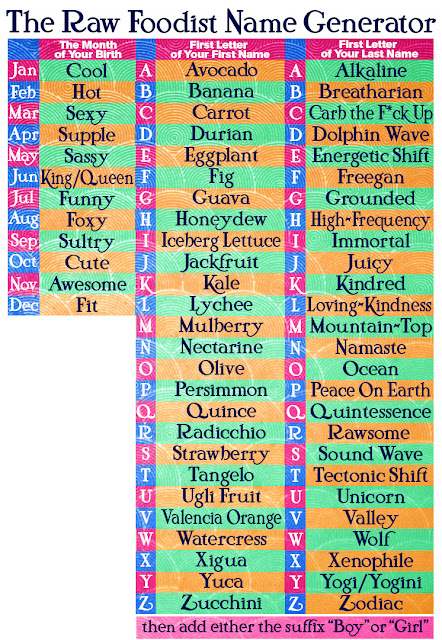