Radical Storytelling: Capturing Hearts and Minds with Stories That Resonate 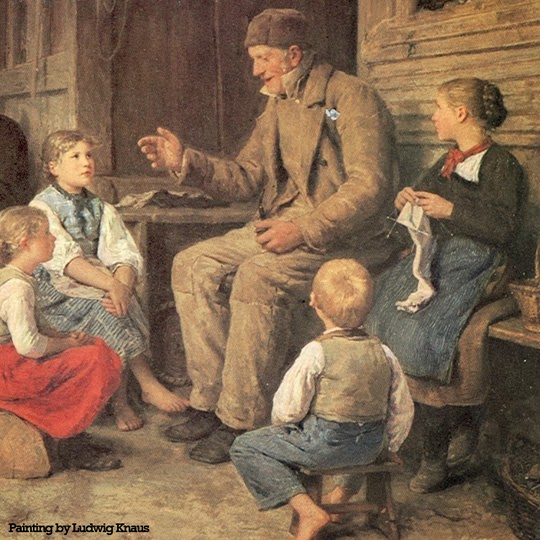 Your tale, sir, would cure deafness.” - William Shakespeare, The Tempest

I can’t remember most facts to save my life. This is a shortcoming of mine and it certainly showed itself up on my report cards growing up. A compelling story, however, will bore itself into me like the best sort of tick. Once it’s the story is attached to me, it’s impossible to remove; it’s become absorbed. We can cite all the data we want but at the end of the day, I believe that the stories we tell - richly woven, personal, evocative, transcendent, empathetic - are what influence the people around us the most, becoming part of us.

With our vegan advocacy, we own the vast majority of the significant arguments in favor of moving away from eating animals. We own the ethical debate, we own some very powerful environmental statistics, we own a good deal of the persuasive health arguments. Why then do so many of our attempts to successfully communicate our message misfire? There are myriad simple and complex reasons why people might ignore or push back against our attempts to advocate, ranging from anxiety about change, defensiveness that is outside of our control, or poor communication skills on our part, but I believe that we can overcome obstacles when we learn to meet people where they are at and tell the stories that they find compelling. We actually own the arguments. Now let’s tell the stories better.

We are a species with multiple tools at our disposal for communication - from spoken word to the visual arts to dance to music - for a reason; essentially, our forms of communication have a common root of sharing a story in direct and abstract ways. Stories penetrate us. The best stories can create a shared, universal experience out of a personal, unique one and the reverse is also true. Stories help us to transcend our own skin and see things, including our own lives, through a fresh lens. Along the way, they move us, influence us, make us double over in laughter or collapse into tears. We return to the most compelling stories again and again, in our thoughts and in our words, and as we do, we are changed and we change the world around us. I believe that the stories we tell are our richest resource and currency as communicators of the vegan message and that we are barely scratching the surface of our potential.

When we move others through our stories, we have unlocked part of someone’s heart.

Our goal is a lofty and deeply challenging one: to encourage people to reconsider how they conceive of other animals, and, in this reconsideration, determine that other animals are as deserving of respect and protection as humans. It isn’t enough to change one’s behavior, though: through this radical revaluation of our place in the world, the goal is that people will decide to change their mindset to embrace the principles and practice of compassionate living. We are asking people to willingly give up their privileges, their family customs and their comfortable habits for the sake of others. There is no enforcement here. No one is doing anything illegal. This is grounded in good faith, altruism and kindness for the sake of itself.

I think we can agree that this is a hard sell. Given that, let’s compare two approaches and see what is more moving, relatable and empowering.

“It all started when I saw a truck transporting pigs to slaughter on the highway. I’d never given what I ate much thought except on that one day, my dog Sally happened to be sitting in the passenger’s seat. On the other side of her, I could see the the pigs looking out through the tiny little slats in the metal as the truck drove past. I could see snouts and shapes but what really struck me was a pair of eyes I could see through the slats. I looked at the dog I loved so much, and back to the eyes when something struck me: Sally’s eyes looked just the same as that pig’s. They were so expressive. I couldn’t shake having seen those pigs for the rest of the day - they looked scared, confused, but maybe even a little hopeful for breathing the fresh air, seeing the sky. They looked just like my dog would have under the same circumstances. From there, the more I learned about what we do to animals, the less I could contribute to their suffering, and the more I learned, the less I was able to deceive myself. This was why I went vegan.”

In one example, we are barraged with facts and statistics that are so depressing, they can easily make us feel overloaded and disempowered. A common response to feeling overloaded and disempowered is hopelessness and giving up. This is a massive industry, reinforced by history and industry, governments and our own attachments, and it is all we’ve known. Given this, it’s easy to feel bombarded by depressing fact over devastating statistic and, as vegans, we often feel if we just keep shelling out as many truth-bombs as possible, something has to eventually hit our target. At what cost, though?

In the second example, we are told a story. It is humble, honest and unguarded. It is relatable, it has something the listener can grab on to and filter through their own experience. It’s not lecturing; it’s not hectoring. It’s honest and simple but not boring: it’s told in a personal, vivid way that people can imagine in their own mind’s eye. The story didn’t tell someone how to think: it left that up to the listener, and simply illustrated how the storyteller thought.

The stories that touch us resonate. We return to them again and again. We think about them when we’re walking to school, when we’re in the bathtub, when we’re grocery shopping. The stories pull us to them because we are a communicative species and we make sense of the world around us and our place in it through stories: this is part and parcel of being human. We need to learn how to tell our stories better because, as we know, the facts are out there and they are compelling. What we need to do is get people to feel and disempowerment is the wrong route to go if we want them to not to turn off the capacity to feel.

Facts, data, and statistics are essential to the big picture of influencing people. Essential. They ground our stories in reality, in something of substance, in the non-subjective. Our stories, ideally buttressed with select facts, will build the perfect structure, filled with the unique details that make it memorable but also the support beams that are so necessary for it to remain standing. How do we do this, though? How do we construct the stories we have in ourselves to make them move and inspire? That’s a big question. I have some thoughts and I will be sharing them in the coming weeks. In the meantime, have you ever been told a story that has changed your life? Have you ever told a story that changed someone else’s life? Please share in the comments.