Serve With Fava Beans and a Nice Chianti: The Hannibal Lecterism of Happy Meat 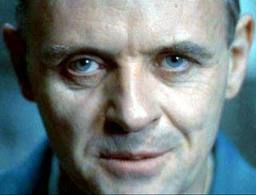 I was originally drawn to her because of the rare quality of her breeding. The moment I saw the young female, I knew that I was the perfect person to be entrusted to see her through to the end.

I had had a young female the year before, a close relative of hers, and her fine heritage took me aback. She spoiled me for life: I couldn’t go back to having those of an inferior caliber again. When it was time that I wanted to have another one, I knew I wanted one of her pedigree once more, but I didn’t want to just be a passive bystander in her death again. Something within me needed a different experience. This time, I had to actively participate in her death, until her last shudder, and follow that through to her complete disassembly. The entirety of the young female would be used very purposefully and with great intention.

She had been born into a life of high standards. Being a rare creature myself, I recognized this in her. There are too many females of interior genetics, ones who are common and low born, and this one was cut from a different cloth. She was special and lovely and she had to be that way in order for me to consider having her as mine. Of course I wanted to see how she lived so I would have a deeper appreciation of how she was to die.

I wanted her parts, the internal organs, her viscera, the blood of her, still fresh and warm. I wanted her tender flesh, cut from her with my trusted instruments and pulled with my own hands. I wanted to understand the elegant, clever design of her before I consumed her, and I wanted to break her down personally. I wanted to find creative uses for every last inch of her so her life wouldn’t have been taken in vain.

Seeing her in out her natural habitat, breathing in the crisp autumn air, I knew that I made the right decision. She wasn't like the others, the poor, pathetic creatures that have been so damaged by poor genetics and circumstances. This one was different. She was a perfect specimen of her variety, a natural female, her pretty cheeks warmed by the sun to a golden peach. This was a young female who had felt gentle breezes blowing through her auburn hair, who had never been mistreated by course, rough hands, who had dined on organic blueberries she’d plucked from a neighbor’s garden with her own graceful hands. I insisted that she live no less of a life before I would take it from her.

That day, I spent an hour getting to know her and she seemed to trust me from the start. I rubbed her shoulders, and I touched her hair, warm from the sun. She was playful, affectionate, spirited. She smiled easily, clearly enjoying this life, and she had no idea of my intentions. This began to make me very uneasy but I told myself that it was better this way, better that her life would end with someone she trusted rather than at a stranger’s hands in an unfamiliar, cold setting. This was much more humane. Breathing deeply to keep my emotions in check, I held her hands in mine. I looked my young female in the eye. I told her that I was grateful for what she was about to give me. I may have even shed a tear. I have consumed countless young females in my lifetime, but being there then was a deeper, richer experience, though one fraught with tension. I wouldn’t have traded it for anything in the world.

In the end, her death was astonishingly quick and easy – two quick bullets - which is fortunate because there was no time to waste.

First I carefully undressed her and then I began collecting my blood. I’d never had this before so it was a priority. I had to make that everything was positioned right to bleed my body properly, otherwise all that good blood would be squandered. It was a struggle propping everything correctly and I questioned whether I was cut out for this work but in the end, I was successful and I am very glad that I had the persistence to see this dream of mine – fresh blood – realized and that I didn’t quit.

That task completed, there was a lot of work ahead of me, which meant scalding, scraping, cutting through fat, muscles, tendons, and tugging out organs. As repulsive as it might sound to an outsider, it was a breathtakingly clean and methodical process, breaking down the body bit by bit and seeing how the organs looked and felt close up: the heart, the kidneys, the bladder, one by one, I observed them with the cool-headed precision of a surgeon and gently placed them in my container. The bright pink lungs in particular, lungs that just a short time ago had breathed in the same cool fall air as I, were especially noteworthy. She did not disappoint.

Separating the intestines from the fat and other tissues meant that with just a good cleaning, I now had sausage casing that I had pulled from a body I chose with my own hands and technical skills. It was hard to not feel prideful pulling out handful after handful of healthy intestine. This makes it all worthwhile, I thought to myself as my organ container continued to fill, steam slowly rising from it. The young female was no longer of this world but all these different parts and pieces would extend her far life beyond her reach as a living being. The incredible responsibility I felt of needing to continue to provide stewardship for the young female even after her death was a profound realization.

After she was fully broken down and stored properly, I felt I owed it to myself and to her to finally enjoy the fruits of my labor. Carving bits of her flesh on my butcher block, I was able to quietly to reflect on our symbiotic relationship: she gave her life to provide nourishment for me and I was able to consume her with true appreciation for her fine quality. We gave this to each other.

In a beloved cast iron skillet that once belonged to my grandmother, I sautéed delicately sliced pieces of her flesh with minced garlic, baby carrots, parsnips and fresh purple basil and thyme from my garden. The scent of her filled the air: rich, savory, mouthwateringly alluring. A splash of her blood to thicken the sauté was an inspired improvisation, I think.

Sitting down to finally enjoy the meal I’d created, I knew that I had made the right choice. She was tender but perfectly substantial, sinewy in certain places but nicely balanced by her delicate texture. Her flavor so effectively captured her essence that at times, it was as if she was still with me, sitting across the table from me, her hair glinting in the candlelight. I toasted her spirit.

In all, it was a beautiful, bittersweet experience. I couldn’t help ruminating on how she slumped back with that first bullet, the look of shock and horror marring her perfect features along with the spray of blood. I thought of how much work it was to collect all the blood, how exhausted I felt, pulling out the intestines but how I had to do right by this young female. She would live on to be my steaks, sausages, burgers and bacon for the year as well as provide bits for stew, gravy, casings and so on. I think she would be proud to know how very well used she would be.

If you think that this is extreme, please read this first hand account of the slaughter of a pig by popular Chicago butcher, Rob Levitt. With me just making one simple, easy switch of who the victim is, suddenly it’s evident that the story was written by a psychopath, despite the key details remaining essentially unchanged.

The self-aggrandizement, as well as the perfectly clinical and Hannibal Lecter-esque narrative, were deeply disturbing to me in Rob Levitt’s essay. It is one thing to mindlessly eat animals. It is another thing to romanticize the special flesh you consume, to repeat the narcissistic myths you want to think that eating it says about you. Make no mistake, it is the mindless consumption that is creating the immense death toll of ten billion land animals in the U.S. each year, but it is this arrogant, self-serving mentality of entitlement that is so pervasive among Happy Meat enthusiasts that I find deeply chilling. It is also what has me thinking as a satirist.

If my essay was disturbing to you, that is a good thing. It means you can still feel. Thanks to Nicole from Upton's Naturals, a dedicated vegan protein company, for bringing it to my attention.