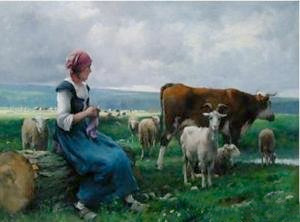 Some mothers I have known...

There was the young mother who ran into the dressing rooms screaming “Ada! Ada!” when her toddler was missing at the department store. Five frantic minutes later, she was found playing with a doll in the toy section and her mother was on her knees, holding her daughter in a desperately grateful embrace. They seemed to melt together, the little girl smoothing her mother’s hair like she was the child as her mother sobbed against her.

Just as vividly, I remember the mother walking toward me on the sidewalk at a street festival with her little boy, revelers all around us. In one horrible and totally ordinary moment, the mother’s sudden shriek cut through the air: the hard candy her son was sucking on became lodged in his throat and this completely lively boy was a minute or two from choking to death. The crowd froze around them – What’s happening? What’s the matter? - and the woman thumped her son’s back. The candy ball shot out and the boy started wheezing. She picked him up and deeply exhaled, her eyes squeezed shut as she held her son to her, another desperately grateful mother.

Just last summer, I was talking to a friend at a pool when she abruptly flung her cell phone onto the tile and, with a huge splash, dove in, fully dressed. I didn't realize it at the time but she’d jumped in after her five-year-old, who had gone under water. He didn’t know how to swim. My friend surfaced with him seconds later, both gasping for air, her glasses floating a few feet away. She told me that she didn’t let go of him for the rest of the day.

For me, there was that gasping moment when my normally cautious son got caught up in trick-or-treating mayhem and suddenly darted into the street before I had a chance to stop him. Racing after him, I screamed as loud as I could with my arms up in the air as a driver slammed on her breaks within a foot of him. With the next breath I took, this one with my son in my arms, I felt like every emotion that motherhood activated inside me was ringing and pulsing: the deep relief, the naked gratitude, the profound vulnerability. Also, the understanding that I was moments away from the worst kind of horror imaginable to a mother.

From a child’s perspective, I distinctly remember that fear-in-the-pit-of-my- stomach feeling when I was separated from my mother as a three-year-old at the Museum of Science and Industry. I remember the disorientation, being lost in a dangerous sea of unfamiliar, hurrying legs going every which way, and feeling such utter relief when my mother’s calves and shoes appeared, I thought my heart would explode. Although there are always exceptions, mothers and their children reach for each other, seek comfort in one another, do not feel safe if one is unexpectedly missing. This is natural.

One does not need to be human to feel the deep-seated instinct to protect her babies, to seek the warmth of one’s mother. When animal advocates point out the obvious – that mothers and their babies suffer profoundly when they are separated, that harming one’s baby causes emotional trauma to the mother – we are accused of anthropomorphizing. We are portrayed as having centers as squishy as marshmallows, as having naive, sentimental, childish minds. In fact, it is a cold biological imperative, not just an emotional one, that drives a mother to want to nurture and protect her young: entire species would be wiped out if not for a mother’s instinct to defend her babies. I think, though, that it’s highly arrogant and self-serving to presume that humans alone have an emotional stake in their babies’ livelihoods.

Dairy cows, with a gestation of around nine months, have their calves taken from them shortly after birth, destined to become forcibly impregnated milk producers and cheap meat like their mothers if they are female, veal flesh if they are male. The dairy cows bellow and moan, as any mother would, calling for their lost babies. The mother cheetah my son and I saw driving predators from her vulnerable cubs in the “African Cats” movie had the same fierce devotion to her babies that any other mother would, putting her own safety on the line to protect them. Hens show a physical response when they sense that their chicks are in distress: their heart rates elevate, they cry out to them. It is natural for the hens to do this. They are not machines. To claim that emotions are the sole province of the human species is committing the very crime that animal advocates are accused of time and time again: it is sentimentalizing.

One also doesn’t need to be a mother to be deeply driven to protect another. Long before I ever had a baby, I felt the same kind of adrenaline surge when someone intentionally whipped a hard rubber ball at my dog as I would have if he had done that same thing years later to my son. I chased that guy down the beach, screaming at him, and he ran away as if his life depended on it. Maybe it did. I’m a non-violent person, but you don’t mess with the ones I love.

For Mother’s Day, I propose that we honor this natural drive within all of us to protect the ones we love, the ones who depend on our consideration, by not consuming the products of exploitation and cruelty. This common thread of wanting our babies to thrive is natural and noble, a key part of our essential being. Whether we are men or women, children or adults, human or hen, that universal mother is in all of us. Let’s celebrate without exploiting another innocent mother who had not only the autonomy of her body but also her babies stolen from her for our appetites. Let’s connect to that profound mothering spirit that links us together. She wants her babies to be well and protected from harm. I think we can understand.

Happy Mother's Day to everyone.
Posted by Marla at 8:00 AM