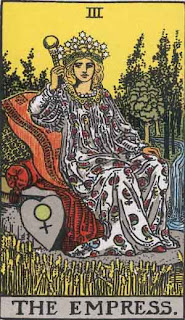 Do I really need to count the reasons why? Yes. Yes, I do.

A real live vegan feminist is the best kind of person to know. This is not opinion: this is scientifically provable fact. She has the most interesting array of friends, knows the best restaurants, books, films and music, and she will make you laugh and laugh with her impressions of stupid, annoying people. The vegan feminist will bring more cultural savvy and belly laughs into your life. Trust this.

While the rest of the world is tittering over the latest antics of a celebrity who is having a public nervous breakdown or psychotic episode, vegan feminists are too busy actively cultivating a whole different reality to notice or care. That's how cool and above it all we are.

We organize vegan bake sales that raise thousands of dollars to make the world a better place in our spare time, and, no, there's not a lot of time to spare what with these misogynist wing-nuts running around everywhere ruining everything. Still, we manage.

We are equally nimble at discussing the intersectionalities of oppression or this really great recipe we found for dairy-free Eggplant Parmesan. Some of us have also been known to talk about the really awesome shoes we found online.

Now that peak oil has come and gone, vegan feminists on bikes will be the incandescent symbol of the new world order. It’s inevitable: we will be the next icons. What? It’s not going to be a violently apoplectic tea partier with a stupid haircut, I guarantee it. Best to befriend a vegan feminist now rather than seem like a johnny-come-lately.

Despite our reputation of being a bunch of sanctimonious scolds, we have a great sense of humor, because, really, how could you live in this world and not have one? We can even laugh at ourselves. For example, how many vegan feminists does it take to screw in a light bulb? Answer: THAT'S NOT FUNNY.

With possible food shortages looming, vegan feminists are powerful allies. We cannot only make a great dinner out of just basmati rice, kalamata olives, vegetable scraps and a can of coconut milk, and we can organize a kick-ass potluck in our sleep.

We don't sleep, by the way. Too much to do. Like brainstorm meals and organize potlucks.

When life gives us lemons, we make organic, Fair Trade lemonade and we grate the rind for later use so as to not be wasteful, then we sell the lemonade to help support an awesome cause. Why? What do you do with lemons?

Some of us have children, some of us would rather adopt a pack of asocial, peri-menopausal jackals. Some of us wear make up, some consider lip balm an obvious doorway to selling out the sisterhood. Vegan feminists of today like to keep you guessing. In other words, we’re not all wearing hemp power suits and swaying to the dulcet harmonies of the Indigo Girls on our iPods. In other other words, watch what you say.

Who’s going to help you move? Who’s going to pick you up from the airport? Who’s willing to sniff the questionable Vegenaise? Well, it might not always be a vegan feminist, but if we say that we will do it, we’ll do it.  Why? Because we are dedicated friends who keep our word and because we are fearless.

Vegan feminists will listen to you complain about your life with sensitivity and understanding but hold you to a high standard of changing the things you can. Because we believe in you, that’s why, and because we don’t coddle.

When a local newscaster smugly narrates forage of a woman stripping to save the polar bears or minks or whatever, do not blame the vegan feminists for the bad press. Nobody consulted us on this.

At the end of the day, or even the beginning, we rock because we’re funny, critically engaged, whip-smart, fierce, compassionate and consistent. Vegan feminists are hard at work trying to make the world suck a little less: what other subculture could say the same thing and be able to actually, you know, point to proof of it?

If vegan feminists ruled the world, there would be beautiful gardens everywhere, Rush, Glenn, and Sarah would be the names of our poodle mixes, and chocolate would be a birthright (it’s all organic, Fair Trade and dark because we rule so we can just call it chocolate now). We’d have to dedicate no time to cleaning up messes caused by stupid, sexist, right-wing windbags and selfish corporate opportunists. What does this mean? More time for creative self-expression, bike rides and potlucks. This is why vegan feminists should just rule the day already.