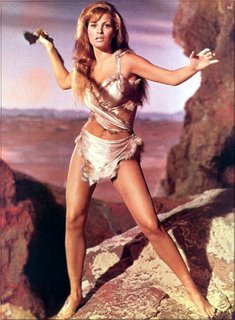 I'd heard rumbles about the Japanese Vogue with Lady Gag (that last 'a' in her name suddenly and inexplicably stopped working) in a meat bikini and, as I do so often with pop and mainstream culture in our society, I studiously avoided seeing it. The insatiable drilling away on our inner-peace by the media, though, made it virtually impossible for me to completely avoid that magazine cover, but the moment that my eyes caught a glimpse, they ran and hid. I prefer to stay under the radar here in my happy little vegan world: yes, I know fully well that people "out there" eat meat and take their kids to circuses and some even experiment on animals in laboratory cages, but in Vegan Land, where bunnies nibble organic carrots and every baby mammal drinks his own mother's milk without harassment, I'm in a much happier place. I spent quite a few years as someone who was deeply disappointed and angry about innumerable aspects of how our society functions: the violence, injustice, the stupefying normalization of cruelty, just everyday events. As a result of looking at things in this way, unsurprisingly, I only saw violence, injustice and cruelty. My lenses became skewed, unable to see the breathtaking beauty of this place, and I became depressed, imbalanced. It is much better for all parties if I just tune out occasionally. That little bit of air in an otherwise suffocating space allows me to catch my breath before I sink back into it. It helps me not to drown. So the Japanese Vogue came and went, and it made just the barest of ripples on my psyche.

As an activist, I also have a strategic quandary with the meat bikini: what is wrong about wearing meat when people eat animals and wear leather? Doesn't it at least force consumers to face what they try avoid from seeing? Yes and no. On the one hand, it is hard to be in an uproar about something when you support this practice in a less overt, but no less cruel, way. In terms of damage done, there is little difference between eating steak and making an attempt at an avant-garde statement of some sort by wearing an outfit made of it. As a former painting major who even took a performance art class (don't hold it against me: it was fun) what needles me at a deeper level is the notion that someone like Lady Gag can wear such an ensemble, package it as A Provocative Artistic Statement, and then call it a day. With artists, or people who adopt the cultural embellishments we associate with artists, we're supposed to take their word on such matters.

More recently, Gag wore a dress, hat and shoes fashioned out of cuts of meat to MTV's Video Music Awards. The next day, when asked by the popular vegan talk show host Ellen DeGeneres about her outfit, Gag said, "As you know, I am the most judgment-free human being on the earth. [It] has many interpretations, but for me this evening, if we don't stand up for what we believe in, if we don't fight for our rights, pretty soon we'll have as much rights as the meat on our bones." Then she held up a copy of her issue of Japanese Vogue and said with a smile and mock stridency, "And I am not a piece of meat."

Oh really? That's your statement, Gag? That you are not a piece of meat so you are wrapping yourself in it to...to...I nodded off there, sorry, let me open the window, get some fresh air...you are wearing meat to show that you are NOT meat. Right? Right? And this wrapping of yourself in misery and violence and exploitation is a way to show the powers that be that they must not try to suppress Lady Gag's voice, right? That she is not a piece of meat, even though she has associated herself with it without apparently irony. And the animals that became those pieces of meat? Their lives, the horrors they were born into, breathed, saw, suffered under and ultimately fell to, existed to become mere props for a derivative pop singer reformulated as a performance artist. The rest of the animals, the billions that were not to be part of Gag's wardrobe? Those that are neither Art nor Statement? They remain just pieces of meat.

In the end, this woman who presents herself as an iconoclast and an artist is just like anyone else in line at the drive-thru, consuming animals for her reasons, basking in a set of privileges she is not challenging. A blasé sense of elite entitlement is every bit as ordinary and unoriginal and stupefyingly normal as someone in line trying to decide between a cheeseburger and a Big Mac.

You don't have us fooled, Lady Gag. You're just reinforcing the cultural privileges, norms and power structures. In other words, you're just like nearly every other schmuck.

And with that, I'm skipping off back to Vegan Land. La dee da! See you guys there.
Posted by Marla at 11:37 AM 5 comments:

There is no Y.O.U. in Unity When I was a child, my family had a bit of a PR problem. We looked more or less like our neighbors, our yard was tidy but sprinkled with colorful, heavy-headed flowers, my brother and I were dressed, fed and taken for our yearly doctor appointments. It was just that under the surface, things were a kind of roiling mess, sort of like a house that looks orderly, but you can't move the couch an inch or open the closet or everything will come spilling out. Despite most outward appearances that reinforced our status as upstanding suburban citizens, we had a pretty big problem. The problem tended to get drunk and disorderly. It was a blessing when the problem would finally pass out for the night but getting there was a dicey, rocky ride full of peril. Other times, the problem would race with the whole family in the car and swerve towards parked cars, big trees in medians, and as his captive passengers, we would clench on door handles, too scared to look or even make a sound. My mother would turn and look at us, shrug and shake her head like, "Oh, this again. He's crazy."

We learned to carry on as normal. At a young age, my brother and I began to steer clear of the problem and we scheduled our Sunday's full of activities as that was the day the problem would be in the living room, the kitchen, the back yard. My mother, given her limited tools and life experiences, tried her best. One of her coping strategies was that we were told, quite plainly, that we were not to admit to the problem. The elephant was in the room, he was all over the damn house, he was trumpeting and stomping and spraying water over everything, but we were not allowed to acknowledge the mere existence of the elephant. Family unity, at least the impression of it, trumped anything else and speaking of anything that contradicted the appearance of us as anything but a happy, healthy, wholesome family was tantamount to treason. Worse, it spoke to our selfishness if we couldn't just "get over it" for the good of maintaining family peace and a decent public image. Being asked to be complicit in a lie, and the implication that if you refuse, you are selfish, shallow and harming others, is a deeply troubling accommodation to ask of another and it wreaks havoc on one's emotional health. The deception is multifaceted: not only are we told that we don't see what we knew we see, but we are told that we don't feel what we know we feel. We are also told that we are responsible for harm to others if we don't maintain the lie.

Al these years later, I still have a immediate, visceral reaction when I am told to suppress my thoughts and feelings for "the good for the whole." It is anathema to me and it sends me reeling back to that awful time in my life when I was not only powerless but pressured to maintain a flagrant lie. It saddens me to admit that there is an undercurrent of this attitude in the vegan movement, of pressure to shut your mouth if you disagree with tactics and to give your tacit approval by remaining silent. Some within the movement hold those of us who don't walk in lockstep responsible for the horrendous treatment of billions of animals, and we are told in no uncertain terms that our disagreements are banal, they are stupid, and that we are wrong to have them. Just like the message in my home growing up, we are told this implicitly and explicitly, and we are told that if we don't stop being selfish and petty about our silly little issues, others will be harmed. In fact, we are responsible for it. I believe that this is an emotionally manipulative and abusive paradigm, whether people mean for it to be or not.

Feminists in the animal advocacy movement are consistently told to just shut up about our ridiculous insistence that objectification is objectification, whether women are turned into "pieces of meat" to promote a PETA advertising campaign or cows are turned into "pieces of meat" to support a McDonald's advertising campaign. When living, unique beings can be objectified - reduced to an object (Boobies! Hamburgers!) or a means (titillation) to an end (hunger satiety) - any horrible abuse imaginable is possible. We need to speak up when we see examples that some forms of exploitation are condemned and others are embraced. I know that the confusion here is that women actually participate in these campaigns on their own free will and PETA certainly manipulates this to their favor, creating blurriness around the idea of choice. Regardless of who "chooses," these objectifying campaigns are still reinforcing the notion that women are passive, two-dimensional props to be used toward some nebulous goal. It is still reinforcing the same sort of disconnected mentality and privileged perspective that supports and creates obfuscation around what we do to so-called food animals. Whether or not you agree with me, the idea of telling someone to shut up and get in line, telling someone that she is a selfish, silly little girl for responding when she sees objectification, is deeply disturbing. We can disagree, but no one should be told to shut up and get in line. Ever. Speaking as someone who had this tactic forced on her as a child and attempted on her as an adult, I will tell you that it is abusive and fascistic.

People may claim that disagreements within the movement creates disharmony and is a waste of our resources: we should be unified, we are so small in number anyway, we don't need to fragmentize further. I don't "harmonize" with misogyny, though, just as I don't with other forms of exploitation. I tend to think of this as a good thing. Those of us who speak out are often told that we hurt the movement. You know what really hurts the movement? When people use shaming, idiotic and mean-spirited tactics and the rest of us remain mute, bullied into silence, taking it on faith that there's some amorphous benefit in maintaining the illusion of unity. What helps the movement? A diversity of views and voices and talents and people. Creative, truly progressive, smart advocacy. Not letting sick, disturbed people control the dialogue through manipulation and bullying, instead adding our unique gifts and provocative thoughts to the soup pot. Don't ever shut up and get in line. Your honest, brave, liberated spirit is what the movement - and the animals - needs more than ever.