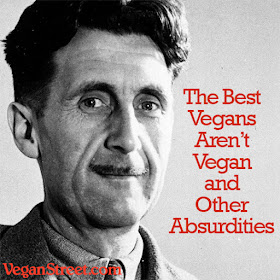 Yup. When animals are eaten by vegans, we are truly in an Orwellian reality of our own doing. My sincere apologies to the animals. The “vegans” have sold you down the river.
Marla at 1:39 PM
Share